The Rise of K-Pop 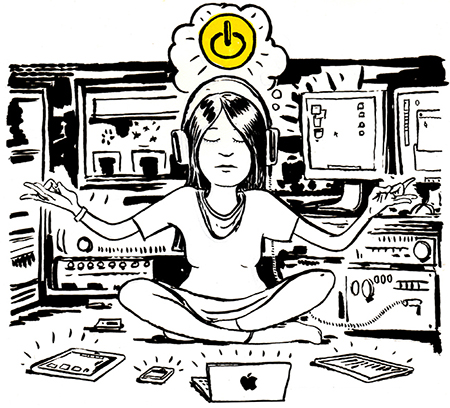 With K-pop seemingly everywhere, it’s time to get familiar with the phenomenon.

—Short for Korean pop, K-pop is a genre of popular music from South Korea that brings together elements of American pop, rap, R&B, and dance music to create a distinctly upbeat and high-energy sound. The songs are only part of it. The groups put on a show with flawless choreography and form-flattering costumes that’s part Disney Mouseketeer, part Italian night club. K-pop is not just a musical style, it’s an entire over-the-top sensory experience.

—Group members are called “idols,” and are meticulously selected by the powerful Korean entertainment companies that develop and market these acts. Children are groomed to become idols, and earning a spot can take years of rigorous voice and dance training. All idols must look and act the part: not only do they need to meet unflinching aesthetic standards of physical beauty, they are held to a strict code of conduct that might even forbid them to date so that they don’t lose the air of attainability to fans. K-pop has no room for Justin Bieber-like good-boys-turned-bad, or Britney Spears-like freakouts.

—Turbocharging the international popularity of K-pop groups are their “armies” of loyal supporters. They attend shows and obsessively watch band videos online—leaving epic comment threads. Army members are also a source of memes and fan fiction. They translate interviews and song lyrics into other languages, a critical service to converting new fans beyond the Korean peninsula.

While Korean artists have had flash in the pan successes with U.S. audiences before (most famously the 2012 hit Gangam Style by Korean artists Psy), the more recent chart success of K-pop acts suggest the genre has now fully arrived. BTS’s latest album, Map of the Soul: Persona, will be the group’s third appearance atop the Billboard 200 albums chart, after 2018’s Love Yourself: Answer and Love Yourself: Tear. Blackpink’s new EP, Kill the Love, came it at 24 on that same chart, the highest-charting debut ever for a female K-pop group.

Driving this success is a music ecosystem where streaming services and YouTube, not radio stations, help new acts break through. The obsessive streaming and sharing by fans helps push these groups to the top of everyone’s feed where new fans can discover them. In this dynamic, the fans fuel the algorithm, and have the power to make the next international sensation: The hyper-connected internet culture of South Korea is helping to drive K-Pop’s worldwide popularity.

What Else We’re Reading This Week

Need some inspiration for fighting gender inequity? Here’s how female surfers are overcoming the pay gap in sports. – The Atlantic

Worried about the creeping power of facial recognition? Why tech workers may be the most important ally in the fight to preserve our privacy. – The Enquirer

Can’t get your kid off of YouTube? Here are the people behind those videos keeping your kids hooked. – Wall Street Journal

Heading somewhere remote this summer to get some fresh air? Plastic waste is likely already there, carried by the wind. – Quartz