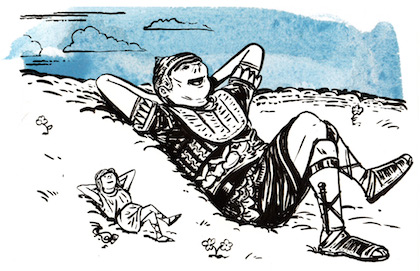 Last week, the French government announced plans for a 3 percent tax on digital sales for companies whose global revenues exceed $848 million. Here’s looking at you, Google, Apple, Facebook and Amazon.

So, Why This Specific Effort to Tax the Tech Giants?

—With more business shifting online, national and state governments are finding it difficult to assess the tax obligations of massive international tech companies that control much of the online ecosystem. Consider that, per the EU’s executive body, the European Commission, the top tech companies paid an average tax rate 14 percentage points lower than other European companies. That difference has spurred the EU to consider a Europe-wide tax similar to what France may adopt.

—Tech giants have also particularly avoided large tax bills in the U.S. Notably, Amazon, which had taxable income of $11.8 billion in 2018, earned a federal tax refund of $129 million. That means Amazon’s tax rate for 2018 was -1 percent. The reasons for that are a combination of 2017’s Tax Cuts and Jobs Act, which lowered the statutory corporate tax rate from 35 percent to 21 percent, tax credits earned for research spending and a combination of other loopholes, like the ability to deduct vested shares and stock options given to employees and executives.

Arguments against new taxes for tech companies include the fact that such taxes, on account of targeting a specific group of companies, are discriminatory. There are also the usual concerns around additional taxes stymying growth and innovation. But as the tech giants continue to amass more power, government leaders are considering every available option to make it possible for new competitors to emerge. Consider Senator Elizabeth Warren’s recent call to break up the tech giants. And taxation may be yet another tool by which governments seek to limit their dominance.

“We must fight against the distortions that these giants have created … the dominant positions many have created,” said France’s Finance Minister Bruno Le Maire. “We must create taxation for the 21st century.”